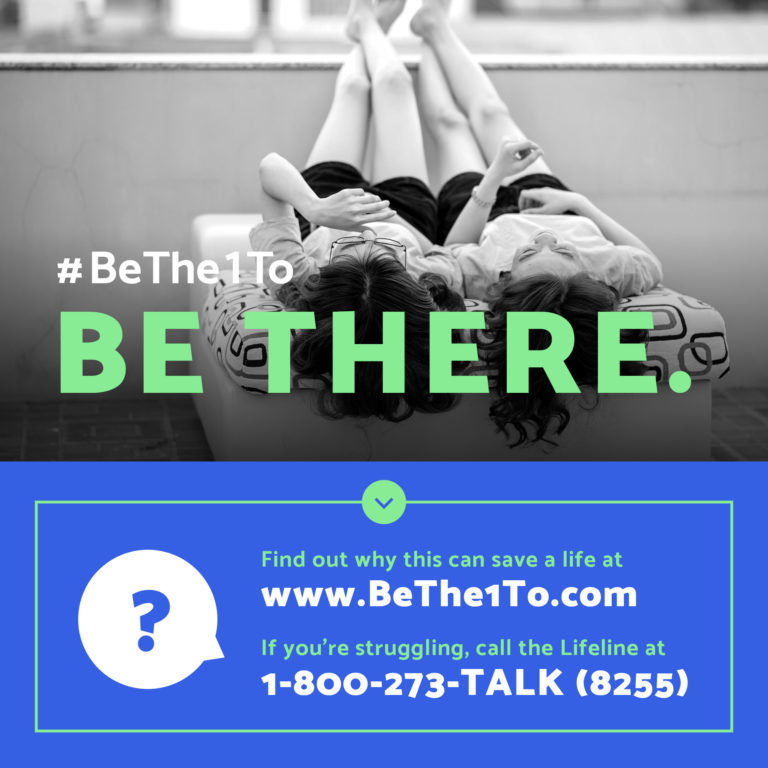 HOW AND WHY THE 5 STEPS CAN HELP, click or go to https://www.bethe1to.com/bethe...

The five action steps for communicating with someone who may be suicidal are supported by evidence in the field of suicide prevention.

How – This could mean being physically present for someone, speaking with them on the phone when you can, or any other way that shows support for the person at risk. An important aspect of this step is to make sure you follow through with the ways in which you say you’ll be able to support the person –

do not commit to anything you are not willing or able to accomplish. If you are unable to be physically present with someone with thoughts of suicide, talk with them to develop some ideas for others who might be able to help as well (again, only others who are willing, able, and appropriate to be there). Listening is again very important during this step – find out what and who they believe will be the most effective sources of help.

Why – Being there for someone with thoughts of suicide is life-saving. Increasing someone’s connectedness to others and limiting their isolation (both in the short and long-term) has shown to be a protective factor against suicide. Thomas Joiner’s Interpersonal-Psychological Theory of Suicide highlights connectedness as one of its main components – specifically, a low sense of belonging. When someone experiences this state, paired with perceived burdonsomeness (arguably tied to “connectedness” through isolating behaviors and lack of a sense of purpose) and acquired capability (a lowered fear of death and habituated experiences of violence), their risk can become severely elevated.

In the Three-Step Theory (or more commonly known as the Ideation-to-Action Framework), David Klonsky and Alexis May also theorize that “connectedness” is a key protective factor, not only against suicide as a whole, but in terms of the escalation of thoughts of suicide to action. Their research has also shown connectedness acts as a buffer against hopelessness and psychological pain.

By “being there,” we have a chance to alleviate or eliminate some of these significant factors.