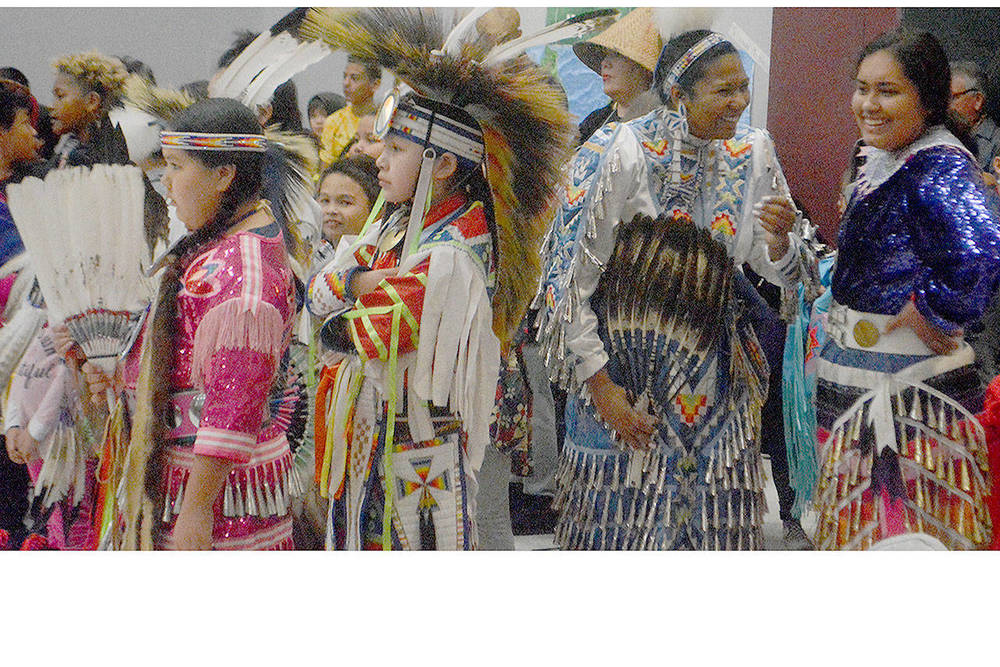 TULALIP – Tulalip Day, in its 10th year, is about celebrating the culture of the tribes.

Singing, dancing, drumming and stories Wednesday shared some of the history of the Tulalip Tribes, which was formed in 1934 from larger bands of local tribes and named after Tulalip Bay.

Some of that history included that they were not always allowed to celebrate their culture.

Glen Gobin, vice chairman of the tribal board, said it is exciting to see “all the young ones learning” and understanding the history of their ancestors.

Gobin said when he was young kids didn’t have the confidence to sing and dance.

“You start them young and build their confidence,” he said. “It’s the strength of the family.”

He said sharing songs is like sharing medicine for the tribes.

Teacher Gina Bluebird said she felt so good being able to put on her traditional clothes.

“I wear my colors with pride,” she said, adding, “It’s a time of healing.”

Chelsea Craig, cultural specialist at Quil Ceda Tulalip Elementary School, where the assembly took place, said the Marysville School District is doing a better job of helping students learn the history and language of the Tulalip Tribes throughout its schools.

“They can understand native people a little more,” she said.